After more than five hundred years, knights will be in Smederevo fortress, again!

The Battle of the Nations – the world championship in national historical medieval battles, will be held in Smederevo in May, from 2nd till 5th of May.

Serbia will be the host of this prestigious historical, sports and tourist event for the first time. The Battle of the Nations has been held throughout Europe for nine years – the first time in 2010 in Ukraine when forces were measured by four nations. The following years of fighting took place in the fortresses of Poland, the Czech Republic, France, Croatia, Spain, and Italy.

This year 40 nations are participating in the Battle of the nations.

Why the Battle of the Nation will be held in Smederevo?

During the selection of the venue for this spectacle, Smederevo was in competition with St. Petersburg. After a recommendation of the Serbian team that has been participating in this competition for the last five years and an inspection tour of the representatives of the International Association of Historical Medieval Fighting, Serbia got a great honor to organize the event in the magnificent Smederevo fortress.

The decision was most certainly influenced by the fact that Serbia has its own knightly festival, which, although young, can stand side by side with the much more famous, world festivals of this kind. Just Out Festival in Manasija fortress gathered 100,000 visitors in the past year!

The Smederevo fortress is a symbol of the former monarchy, its rulers, but also important milestones in the history of Serbia. This medieval city of the despot Djuradj Brankovic and his wife Jerina is the last capital of the Serbian medieval state and the largest lowland fortress in Europe.

And the fortress will revive during this event!

What does The Battle of the Nations look like?

During the four days of the event, visitors will have the opportunity to experience the Middle Ages and see how once the battles of the knights looked like.

This authentic event will have about a thousand competitors in the field, ie, a total of two thousand participants who include the escort needed to make this kind of sport possible to be held.

During all days of the event, there will be a wide variety of facilities. The main focus will naturally be on the battles that take place in the big arena. 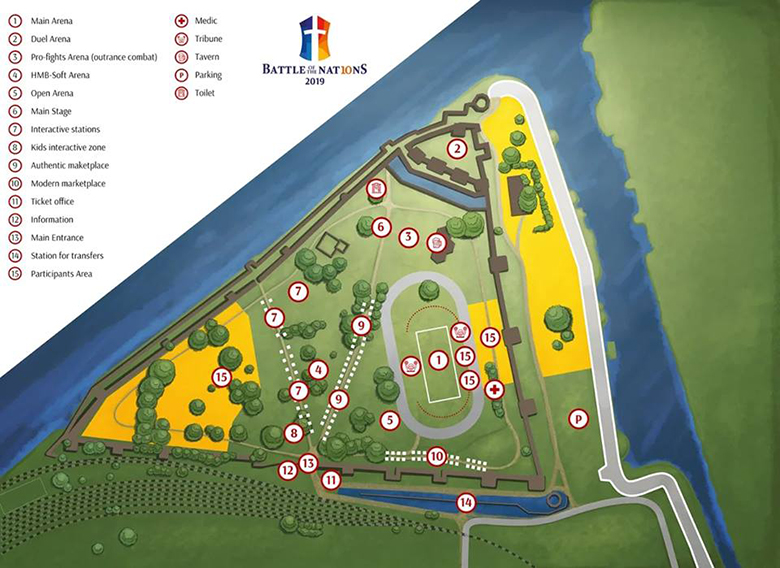 There will be three areas: a small arena, an arena in a small town in the fortress and a big arena. In all three arenas battles will happen throughout the day, all four days.

The highest number of sessions will be in the individual competition, so competitors can qualify for the final rounds that will be held on Sunday.

All mass battles will be spectacular, as it is all about the large formats. Fighting 1 to 1 (men’s and women’s battles), group battles 5 to 5, 12 at 12 and 30 at 30 will be particularly appealing.

In addition to all announced individual and group fights and a large historical camp that will look like a medieval camp, visitors will have the opportunity to see the spectacle that has not been seen in the world in general – a battle of 150 against 150 fighters (300 fighters will be in the arena at the same time on the last day of the event).

The World Federation that is organizing this event attracts a lot of attention globally. Last year, a live stream from the competition in Italy was followed by 900,000 people in China at one point.

The total live stream was followed by 40 million people!

What do the knights and their battles look like? 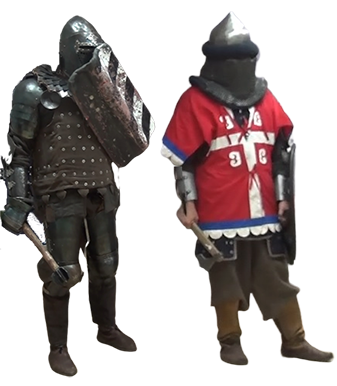 The knights look like they really came from the Middle Ages. The reason for this is that in HMB sport (historical medieval battle) it is allowed to use only authentic replicas. The weapons used by the knights are also authentic and made according to historical data. Therefore, all elements have a reference from which region and from what period of time they come from. Fighters in their battles use swords, axes, maces, and falcons.

The basic rules of the fight are that there are no bumps below the belt, no bumps for the neck, no strangulation. The one who touches the ground by the third point of the body loses the fight.

The Battle of the Nations program

During the event, the Smederevo fortress will be open from 9 am to 9 pm, because part of the „army“ will be sleeping in the fortress. Every evening from 8:30 pm until midnight, there will be a program with concerts in the main city square.

Since its inception, this festival puts a special emphasis on music, especially hard rock and heavy metal music, because this type of music is superbly linked to the adrenaline that these fighters broadcast throughout the battles in the fortress.

The bands that will be performing: The Rock, Nikola Čubrilo Band, Yu Grupa, Faust, Stare Kuke, Generacija 5, Prljavi Romeo, Alogija and Orthodox Celts. The event ends on Sunday with the performance of Irdorath group from Belarus.

The Battle of the Nations is a great opportunity for visitors to see what the medieval camp looks like, to participate in interactive workshops and visit the medieval market set on the central street in the city fortress. They will be able to see, touch and buy medieval equipment and jewelry.

Children could also practice this sport. That will be completely safe and adapted to their age – the equipment they will use is lined with a sponge (helmets and shields), swords are made from plastic materials, so there is no possibility of injury.

Smederevo is ready for the Battle of the Nations! 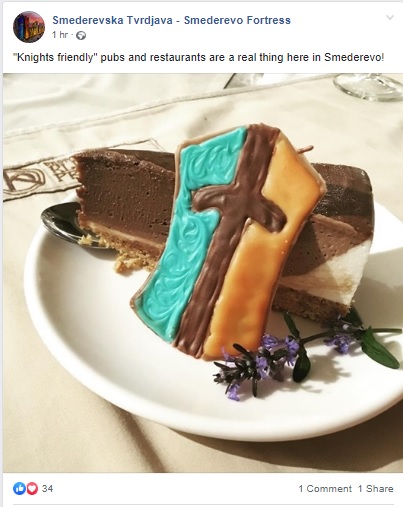 All communal services of Smederevo were put into operation to justify the trust given to the city in organizing this spectacular event.

The announcement that the Battle of the nations world championship will be held in Smederevo Fortress was published on the last day of the Just Out Festival last year (in August). From that moment, within 24 hours all accommodation facilities in Smederevo and around 40 km from the city were fully booked.

Smederevo is paying special attention to all service issues in the city during the event.

Due to the very nature of the event and the numerous fighting that will take place, a sufficient number of first aid vehicles will be provided on the terrain, as well as doctors on the field who can react fast on possible minor injuries such as spinning or distortion.

The city has provided enough parking spaces for the coming audience: on the right side of the fortress (for 400-600 vehicles), in the city center near the municipality within the parking lot that uses the Roda market, along the Danube towards the exit to Belgrade, as well as in other parts of the city depending on the side from which the visitors are coming from.

There are also restaurants and pubs in the city that will have signs Knights friendly!

This event is of great importance in terms of the spirit of the city, because the citizens of Smederevo are looking forward to the arrival of knights.

Important note: Regardless of weather conditions, the program will run continuously.

The rain does not bother the knights!

We wish that as many families and children visit the Battle of the Nations this year and enjoy it!

medieval battles event in SmederevoThe Battle of the Nations 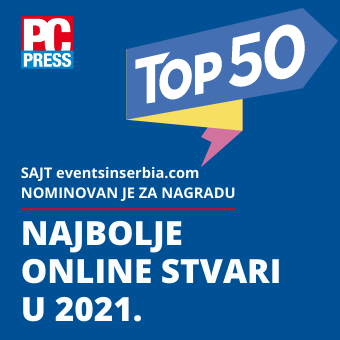